This week we've been deep in graphic design mode for the ffconf web site. I've hired Katy Coope to do the graphic design and I'm extremely happy (and excited) with the artwork I've seen from Katy so far 🤩

Every year, for each variation of ffconf, we've released an entirely new web site design, a new logo design and typically the entire site is based on a new codebase. This isn't the typical route and almost puts undue extra effort on us!

I've even heard of some people who have visited past ffconf web sites and remarked that they weren't sure if they had landed in the right place because it didn't look familiar.

In fact, the only consistent part of the design is the two f's in the logo:

Even the event name is intentional ambiguous to allow for me to grow and change the conference over the years. I always remember watching an interview with Madonna where the interviewer observed that she would reinvent herself over and over. I kinda love that idea.

But why? 🤔 New design each year required additional budget (i.e. re-using the same design would mean less expenditures), but it's really quite simple: I want to create something.

I want something out there in the world that I can love and be proud of, and although I don't personally have the skills to do amazing design, it's certainly I've been involved in creating.

But more importantly, did you want a sneaky preview of the 2018 ffconf logo? 😃

It's tucked behind this link 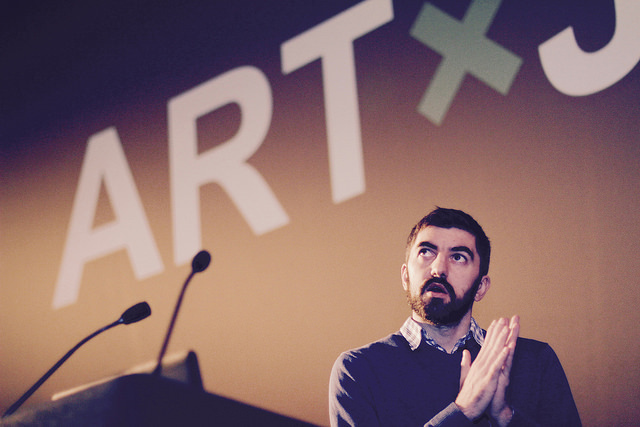 From 2016, here's Mathieu Henri on being creative. And pro tip: you'll want the sound up, there's some AWESOME sounds at the end 🎧

Get the latest insights & news for ffconf